Generation Z are the pre-teens and teens born roughly between 1996 and 2010. Now they make 25.9% of the United States population, the highest percentage, and offer $44 billion to the American economy. By 2020, they will account for one-third of the U.S. population, absolutely worth paying attention to.

A “Millennial” is a person reaching young adulthood around the year 2000.

Generation Z (also known as Post-Millennials, the iGeneration, Founders, Plurals, or the Homeland Generation) is the demographic cohort following the Millennials.

How Generation Z Differs from Millennials 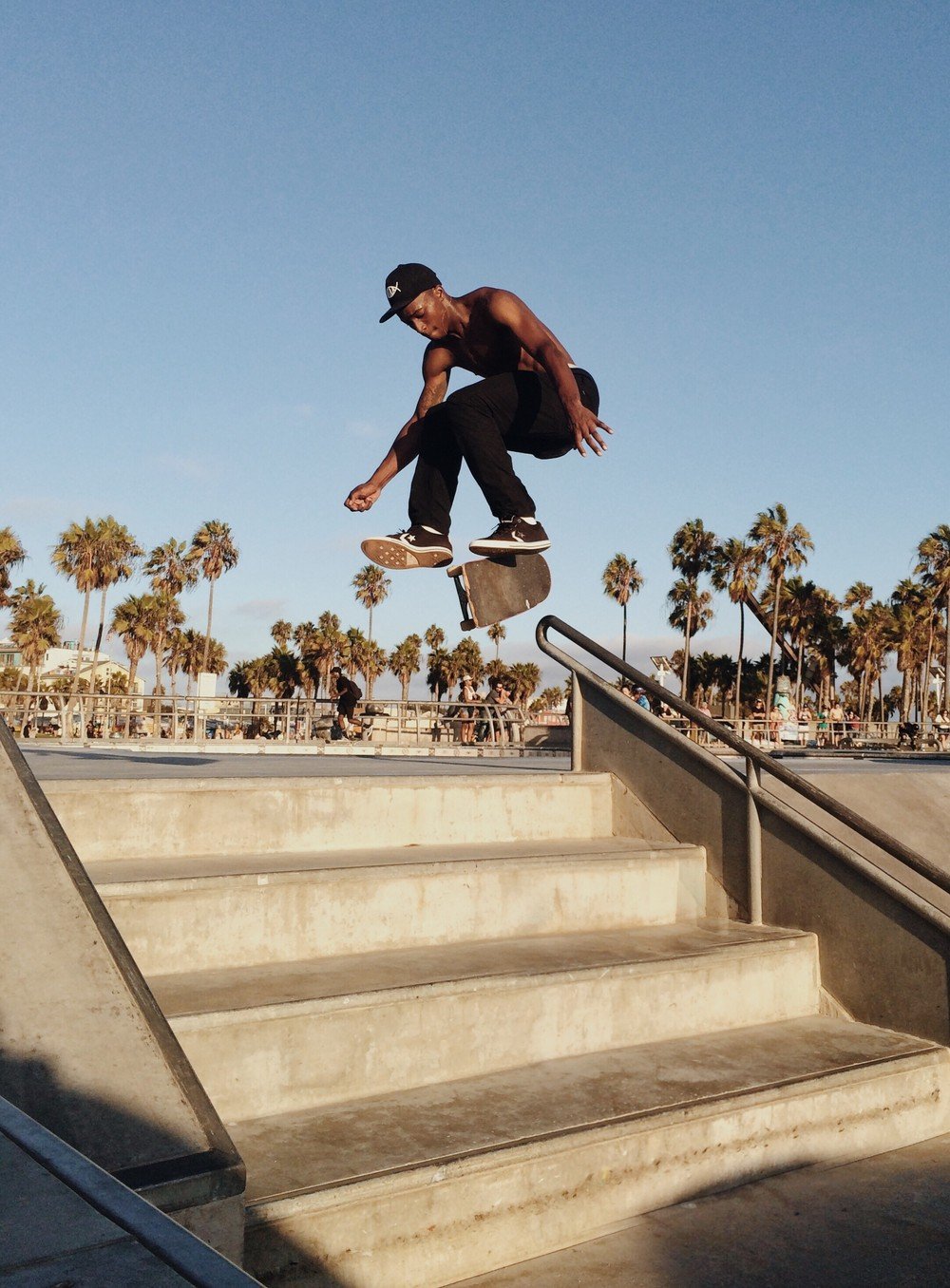 GenZ members live in a high-paced world of continuous updates. Gen Z processes information faster than other generations thanks to apps like Snapchat and Vine. Thus their attention spans might be significantly lower than Millennials.

They might be less focus, but on the other hand, being early adapters of the newest technologies, they are highly effective.
They operate on various devices – from a computer at school, doing research on their mobiles, taking notes on notepads to finishing work at home while chatting to a friend, so they are well-prepared for the educational battle.
The boundaries between work, play and distractions are blurred for them, so they multitask well.

Millennials care more about prices than Gen Z. Maybe because their parents suffered on of the biggest and recent recessions, they tend to spend their money carefully.

67% Millennials would go to a website to get a coupon, whereas only 46% of Gen Z polled said they would do the same.

They believe in the power of education, but opting out of the traditional route is quite popular. They are afraid of getting in debt prior to making their career and they take advantage of online education.

They value their independence and go for every opportunity that will empower them in one way or another.

5. Gen Z Is all about Independent Business

According to Gen Z marketing strategist Deep Patel, “the newly developing high tech and the highly networked world have resulted in an entire generation thinking and acting more entrepreneurially.”

Generation Z craves for independency in the professional sphere. As a matter of fact, 72% of teens say they want to start a business someday.

It is reported that 77% of Gen Zers already show a knack for earning their own money using freelancing opportunities, having a part-time job or earned allowance, proving that their work ethic (from as young as 14) is already at a similar level to Millennials who are 10-15 years older.

Millennials had the technology and its inventions to play with, but Generation Z was born into a world overrun with it. What seemed like a revolution, is daily bread for this generation.

“When it doesn’t get there that fast they think something’s wrong,” said Marcie Merriman, executive director of growth strategy at Ernst & Young. “They expect businesses, brands and retailers to be loyal to them. If they don’t feel appreciated, they’re going to move on. It’s not about them being loyal to the business.”

7. Gen Z Is Big On Individuality

Gen Z members were born social. In fact, nearly 92% of Gen Z has a continually updated digital footprint.
On one hand, they love being independent, conscious beings, on the other they follow celebrities and media that will guide them through their choices and opportunities.

Millennials were considered the first “global” generation with the development of the internet, but as more of the world comes online — Generation Z will become more global in their thinking, interactions, and relatability.

Gen Z’ers are 25% more likely than Millennials to say they are addicted to their digital devices. A full 40% of Gen Z are self-identified digital device addicts.

This generation grew up with technology, and for them, it’s probably hard to go without their devices. If this younger generation is regularly on their phones or devices and not watching as much live TV, we may experience a massive shift in advertising methods and marketing messages.

An extremely design-conscious consumer, Gen Z will take note of an ad’s aesthetic qualities and appreciate the use of new immersive formats like Augmented Reality and Virtual Reality. Innovation in formats like native ads, sponsored lenses and sponsored filters all attract much stronger approval with Gen Z than other age groups.

What is in their phones?

If someone would like to immediately understand the habits of the generation Z should simply reach for the phone of the representative of this generation and trace the main screen of this device. What can be found there?

Browser – not everything can be packed and found in applications.

SnapChat – the preferred messenger with your friends that made way for the ephemeral video content that is taking over the Social Media now
According to a survey by SCG, slightly over half of the Gen Z respondents reported that they are on Snapchat at least 11 times a day.

85% of Gen Zers are reported to have watched at least one online video in the past week to learn a new skill.

Facebook – to update their status and let others what you are about to do, with whom and where.

Instagram – a basic tool for taking selfies and building your image on the web as well as one that lets them discover what is out for them in terms of brands and products.

Minecraft and a few other games – we’ll probably hear about them in a month or two.

Whats Up – a medium to send encrypted and free text messages – these folks are quite fond of it!

What is the best medium to communicate with GenZ? 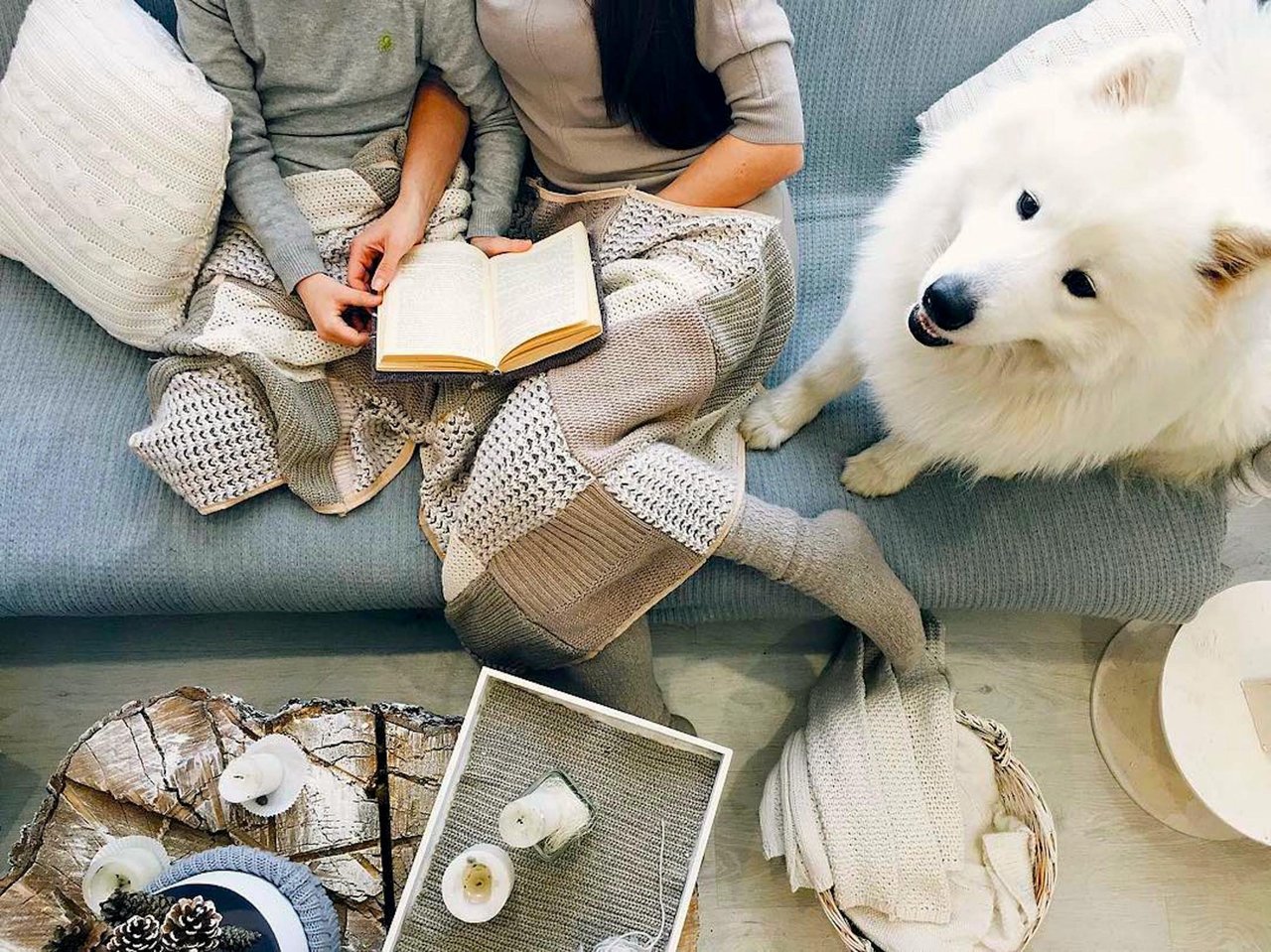 Taking the above list of “home screen” as a starting point to choose the appropriate medium of communication with the GenerationZ, it becomes clear that we should immediately go towards the Internet and ideally towards its most innovative aspects. It turns out that the early users of new products in the field of instant messengers, mobile applications or games are people from the Z generation.

It is perfectly visible to the age structure of YouTube users, or SnapChat. It is the youngest generation of people who have used these services from the very beginning and treat them as natural elements of their media landscape. The powerful increase in the popularity of SnapChat shows us how strong a picture and video are in the exchange of information between the Gen Z members. Fast snapshots of pictures, as well as complex configurations and sequences of emoticons, which often seem illegible and incomprehensible for older people, are the basis for exchanging emotions and impressions in the world of Z generation.

It should also be remembered that GenZ are users of many screens: computer, telephone, tablet, console or TV. It is worth to make sure that the brand story you want to tell them is available through these different displays together with their characteristics.

In the area of consumer choices, the Z generation likes to rely on top lists, comparisons and what is particularly important – the opinion and opinions presented by online celebrities, called by marketers – influencers. Often, these are unknown, apart from their niche (eg a specific game, cosmetics or films), people who simultaneously have an audience counted in millions, on which tastes and opinions have a powerful impact. The marketing industry should select and track this type of influencers and skilfully engage them in cooperation. Well-conducted product placements, or recommendations from third-party creators, can strongly influence the sales and perception of the product as part of the Z-generation.

Who are they in the workplace?

Generation Z is highly aware of their career choices, the overall contribution they can make to the world and the problems that communities in which they live are struggling. Therefore, for many companies, the representatives of the Z generation will prove to be excellent recipients of communication and activities in the field of corporate social responsibility. The young expect that they will be treated seriously by the companies, that the brands will respond to the problems they report and engage in solving them through cooperation with consumers. Zets may turn out to be a generation that is really able to pay extra for the product if it is aware that the company behind it is supporting matters close to their heart.

Generation Z is (thankfully!) Much more aware of privacy and security on the web. Events such as the scandal involving Edward Snowden, WikiLeaks’ achievements, growing opportunities for companies to collect information about consumers, and properly common problems related to cyber-violence, make the generation From cautious people who are reluctant to reveal their identity. Companies that will not clearly and transparently inform about their data collection policy and their use in marketing may encounter powerful criticism from the Z generation. In addition, companies that rely on long-term contracts (eg telecoms) will be forced by the GenZ to modify their sales policy towards greater freedom and open options.

How to adopt your marketing to Gen Z? 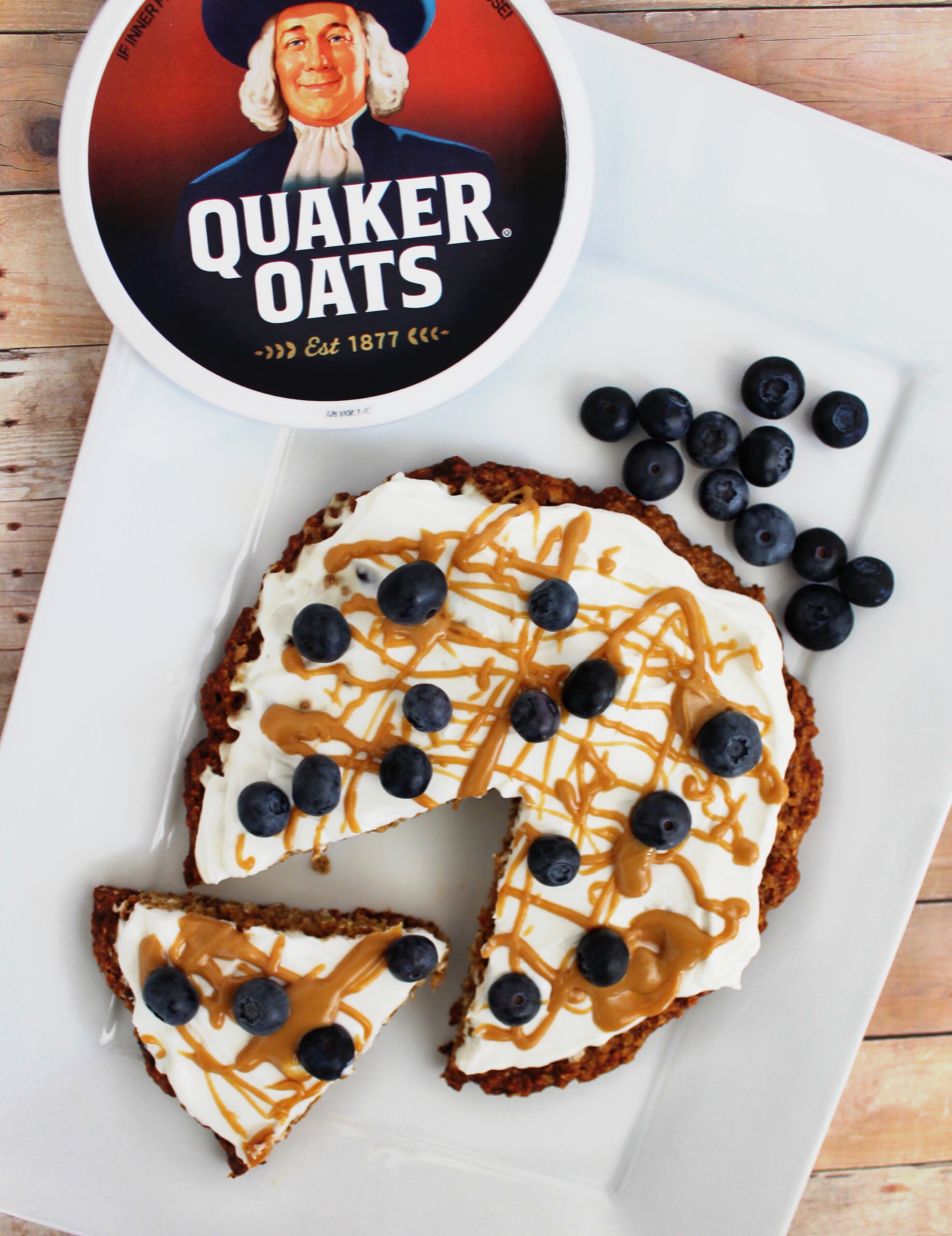 It is worth remembering that the attempt to describe the Z generation is, for now, a game of guessing rather than a specific, frozen diagnosis. After all, the representatives of this cohort are mostly children and teenagers today, and thus they are constantly evolving and are subject to dynamic changes. Moreover, so far we do not have wider, more detailed research of this age group, and fragmentary surveys or analyzes sometimes provide varied effects depending on the country of research. Turning our eyes to the above fact, we can conclude that from this description emerges the profile of a young person who is well-adapted to the world in which they enter, has realistic expectations and intends to achieve their goals without complexes. Gen Z cares about our society and planet. They want to make their mark, in part, by making our society better than past generations have managed to do. Generation Z will be a great challenge for marketers.

Be ready for them! More than 60% of Gen Z favors to see real people and social media influencers in ads, as opposed to celebrities. It could be important to start contacting or working alongside viral bloggers or vloggers relative to your business, that could help your business reach out to your intended audience.
Above all – put stock imagery to gutter! They have nothing to say about your brand, and personality of a brand is ALL GenZ is about now!

Read our blog post about advertising to ad-reluctant Gen Z here or get in touch to get visuals that speak their language! 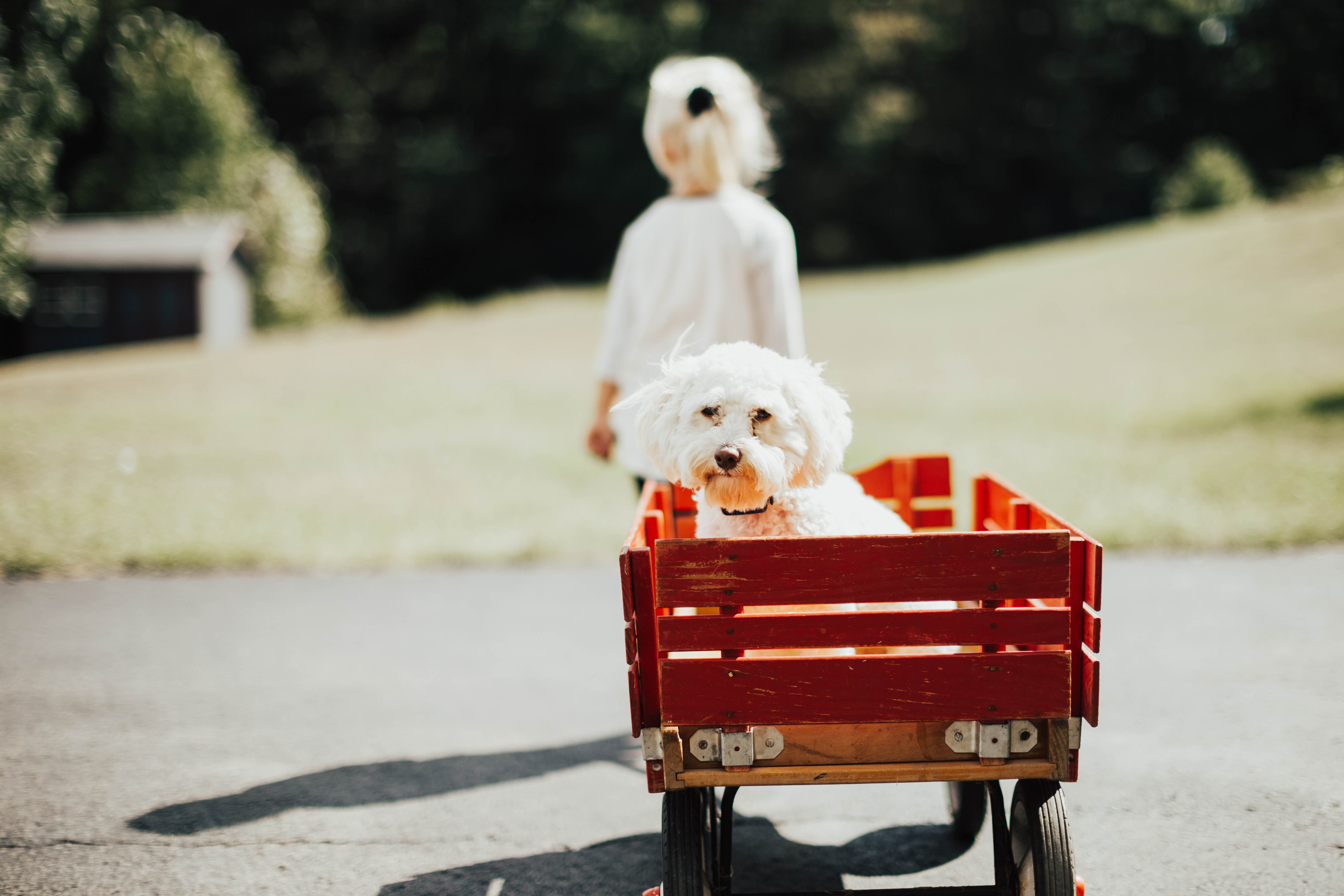 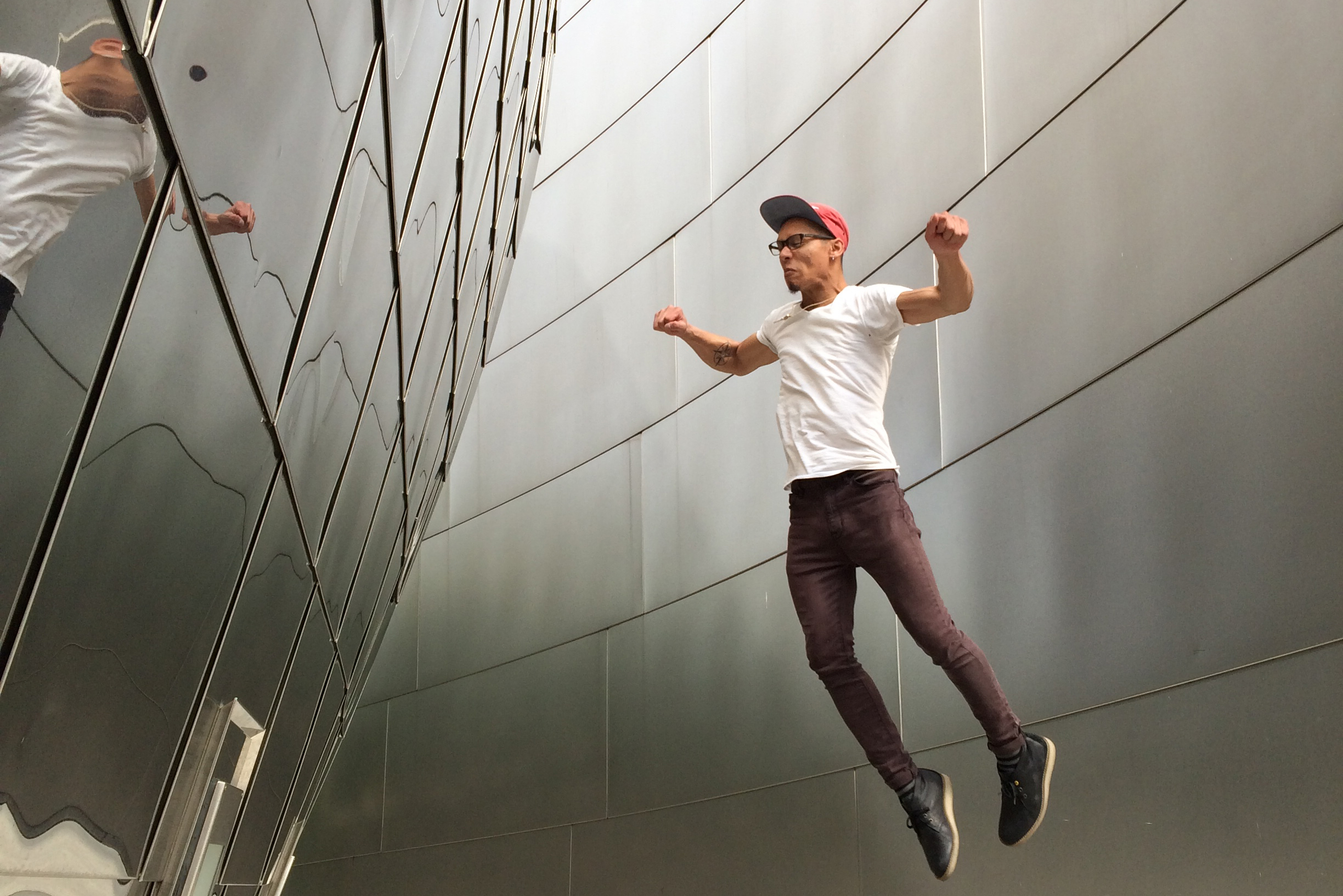 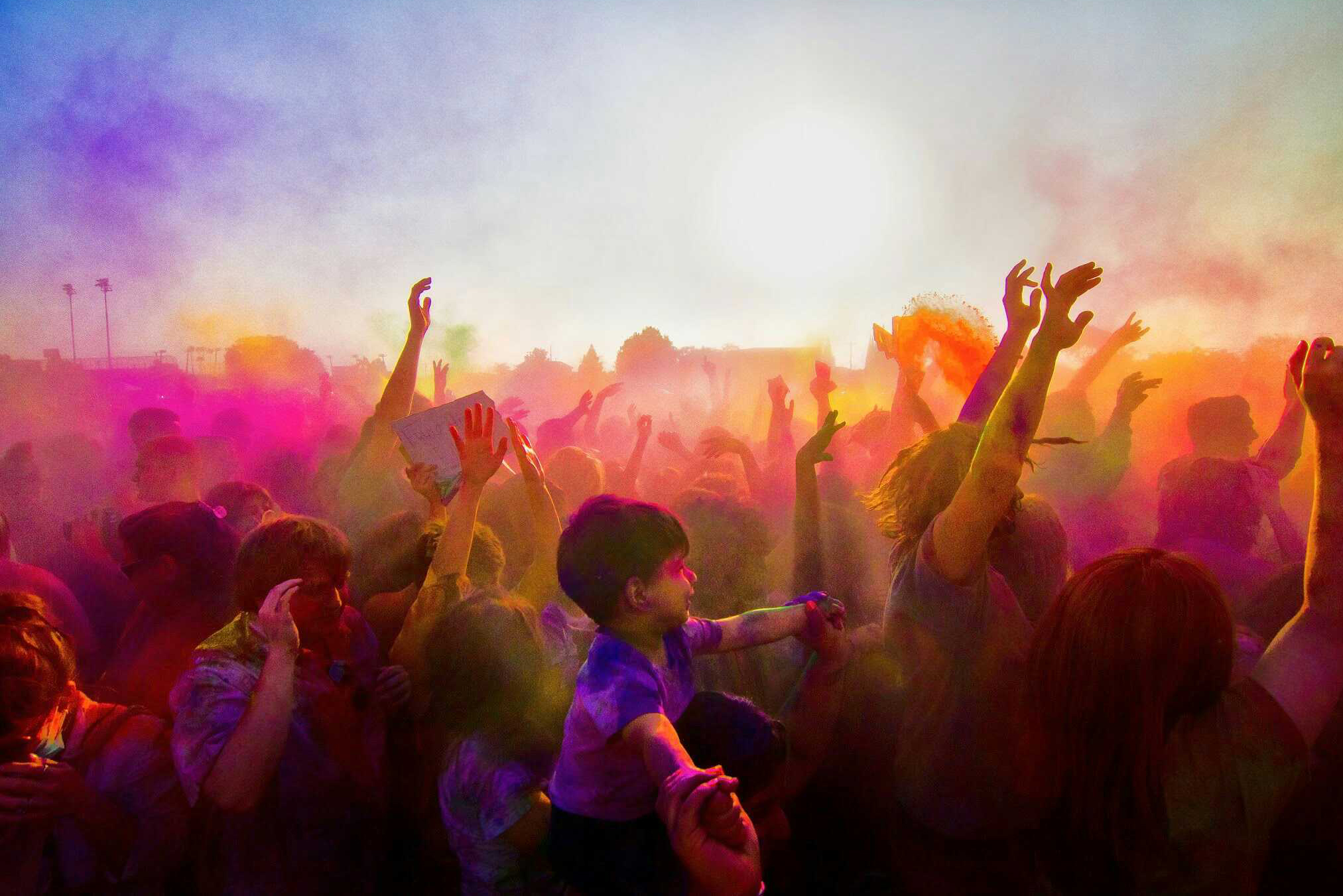 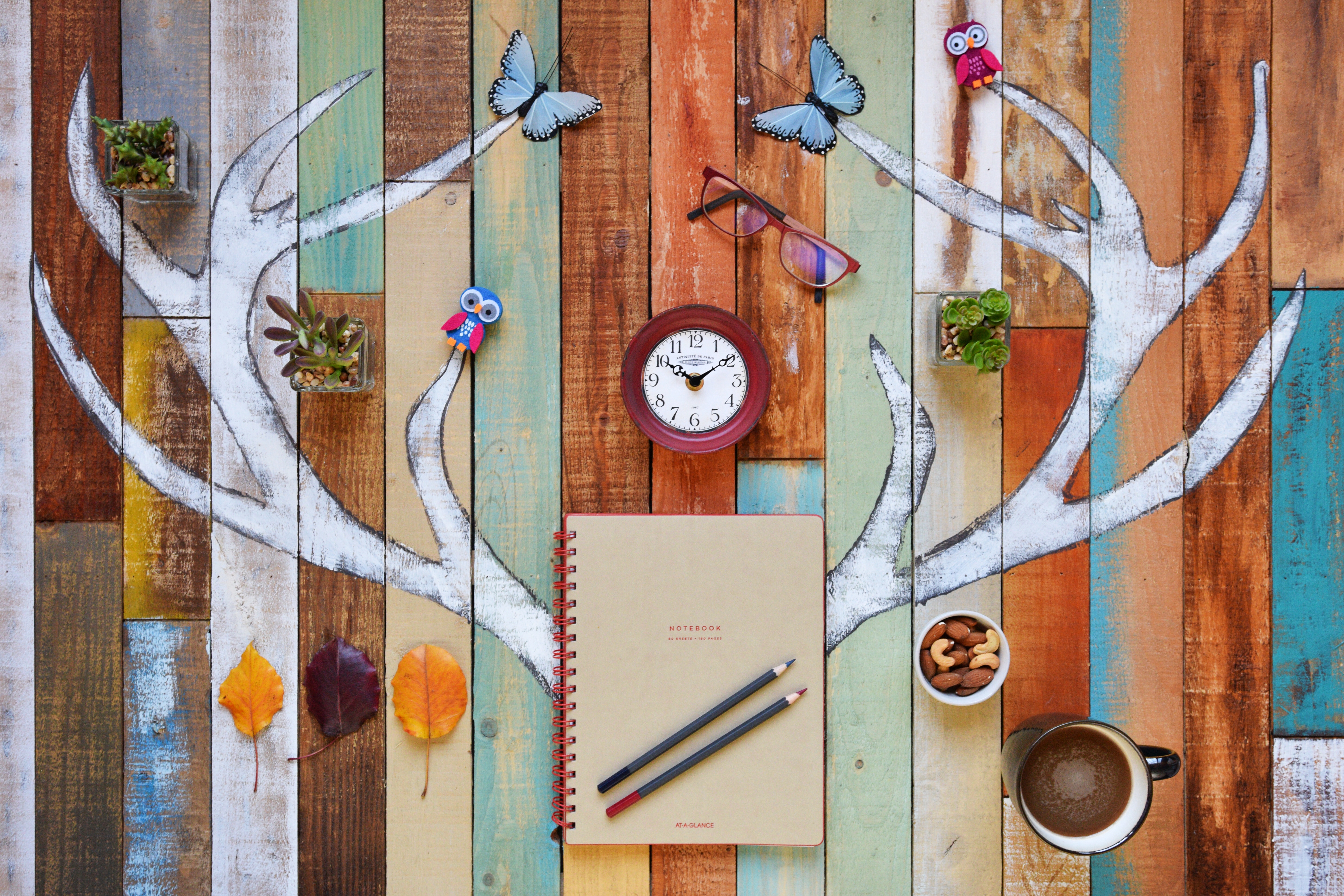 What Is Visual Content Marketing (and How Can You Make the Most of It)? 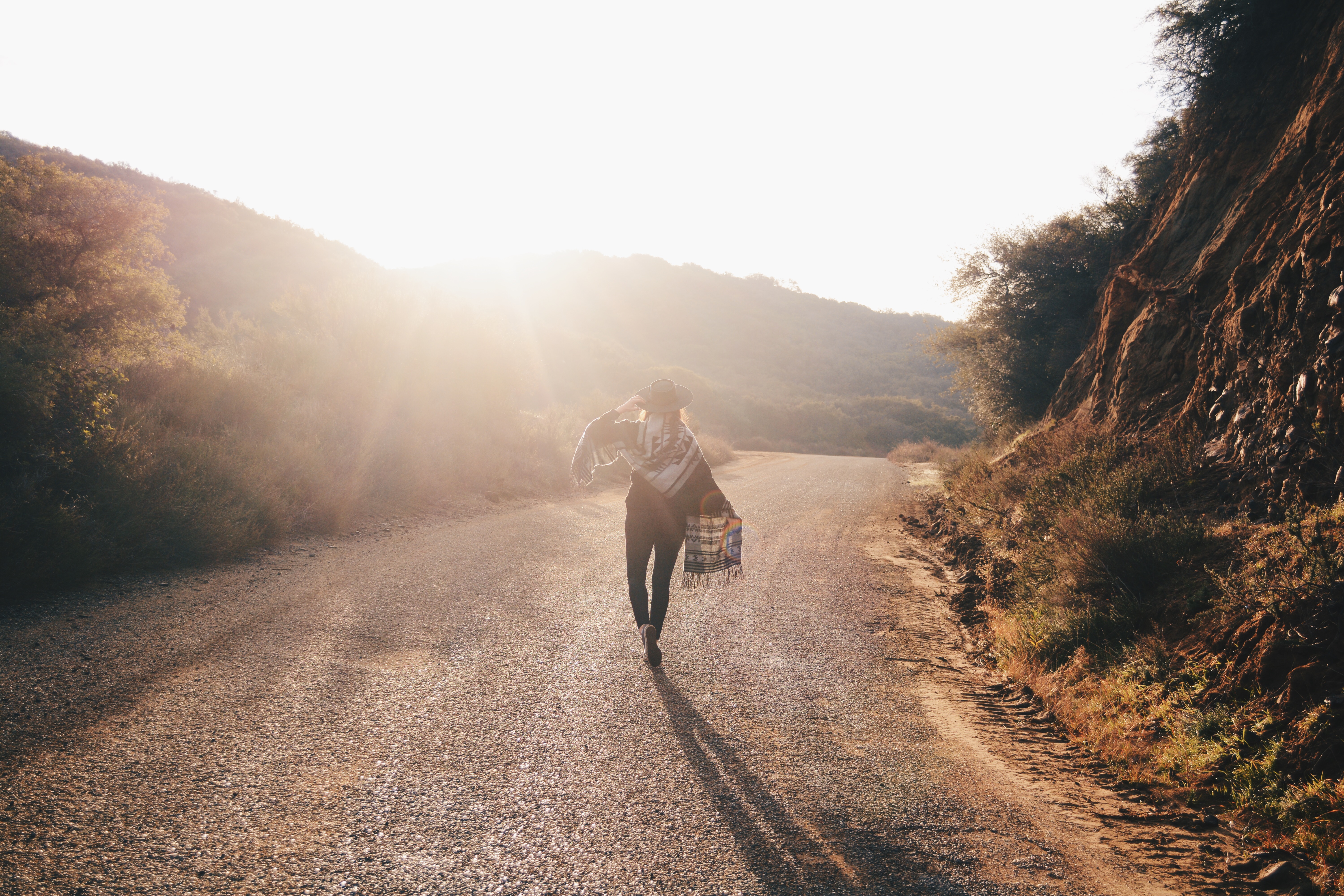 How Custom Brand Photography Sets You Apart from the Competition 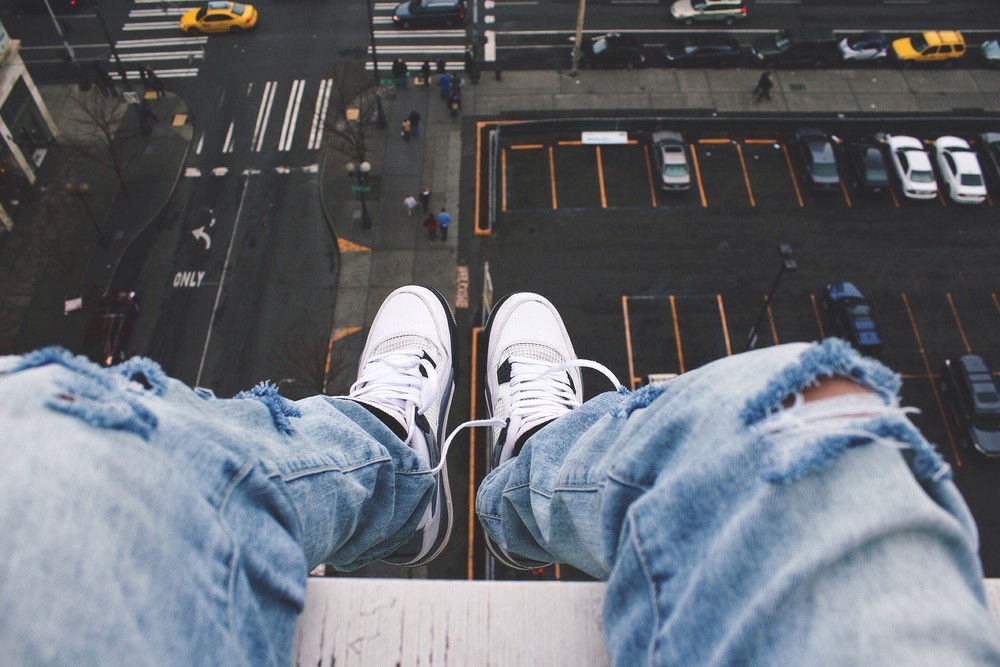 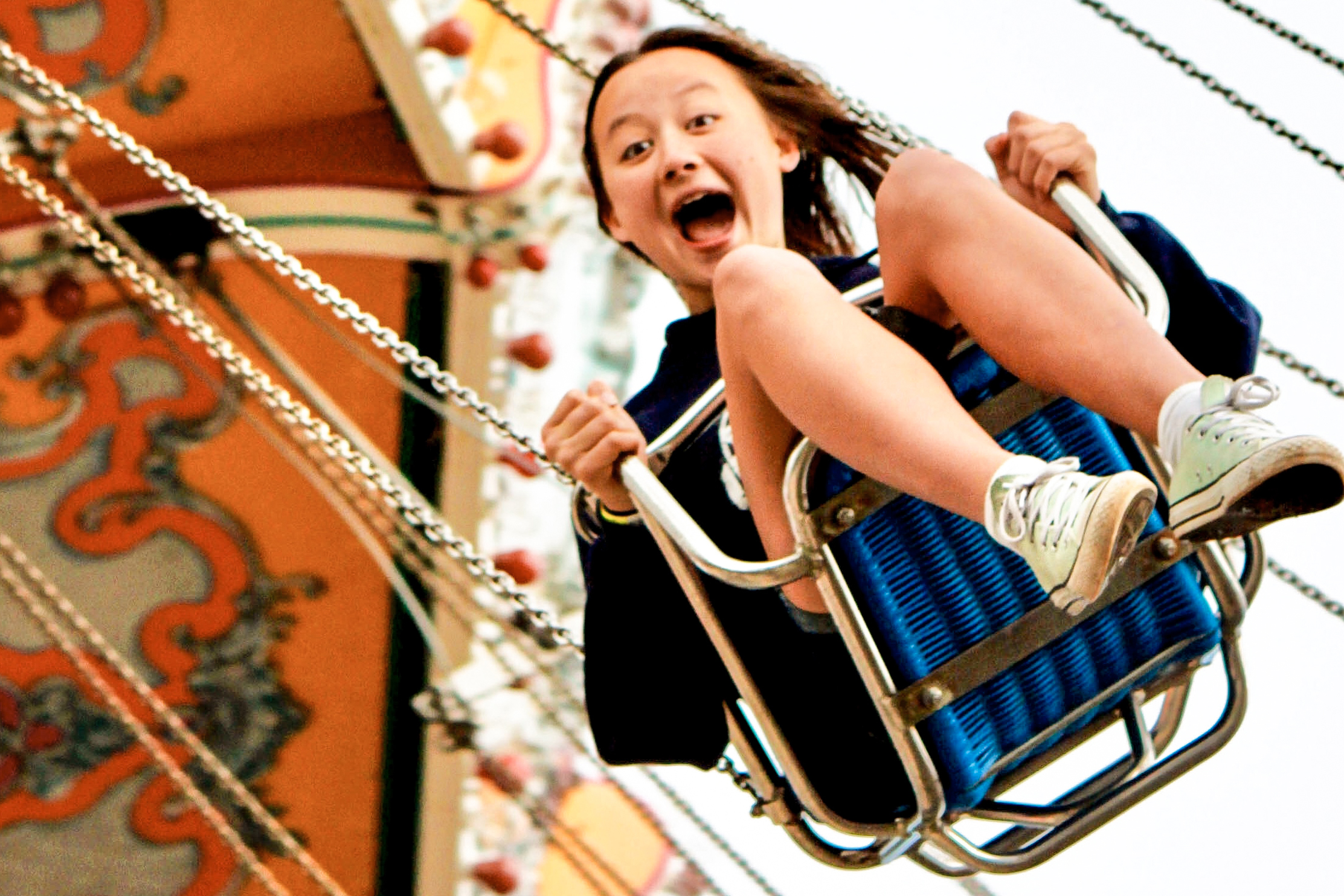 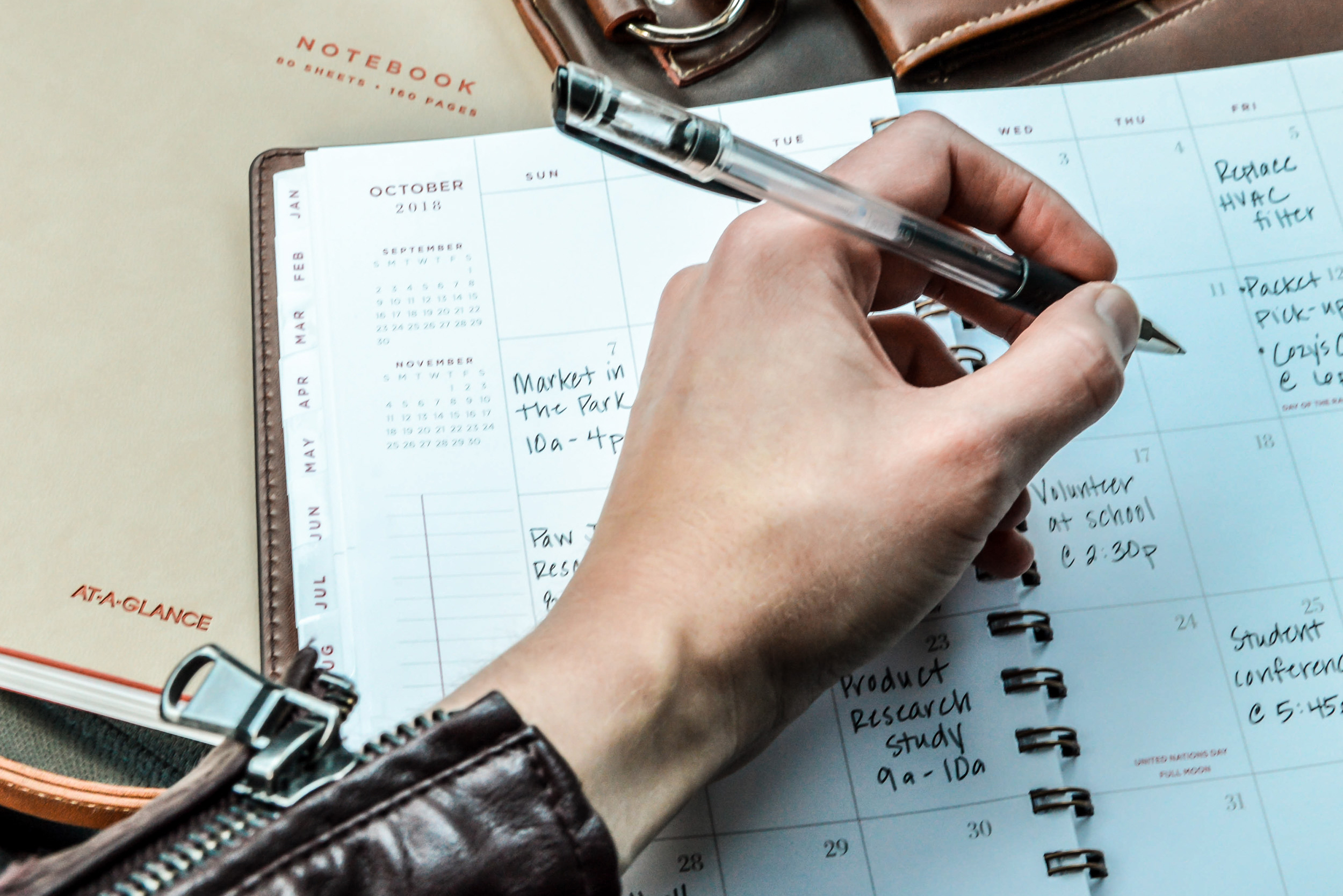 3 Things Your Brand Identity is Telling Your Audience